Green Rooms, Hockey Pucks, and Ball Rooms – Local Civic Center That Can Do It All

From outside his Mankato office window, ISG Project Manager Justin Steffl watched as the final punchlist items were completed for the Verizon Wireless Center construction. Before renovations, all events hosted at the Verizon Wireless Center were held in the arena space that also served as home to the NCAA Division 1 Minnesota State University (MSU) Maverick Hockey Team. Now, the multi-facility center offers a newly designed event/expo space for up to 2,800 attendees, eloquent lobby and banquet room, conference rooms, supporting spaces, and a permanent location for the MSU Hockey coaching staff and team. The new, high-end design puts MSU Hockey in-stride with its Division 1 peer institutions and will play a key role recruiting and retaining top players within the program.

The team’s plans included designs for a retractable acoustic band shell for orchestras and other concert events, retractable bleachers, state of the art green room for performers, an acoustically tuned auditorium space with full video capabilities, and large overhead garage doors in the event center allowing for boat, car, and other large product shows. While Mankato already has landed itself on the Forbes best list for its vibrant culture and community, the Verizon Wireless Center positively adds to the street cred in this progressive area of southern Minnesota – the birthplace of ISG. 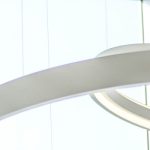 Having designed solutions for everything from retail and office environments to large scale housing developments and complex performing arts centers, Jeremy brings an experienced eye and dynamic perspective to each...
More from Jeremy

Much of the upper Midwest, including Minnesota, North Dakota, and South Dakota were formed by glaciers moving over the landscape, creating a region referred to as prairie potholes. Early agricultural practices were focused on draining the water from these potholes in order to farm the land.

Celebrating GIS Day and its Impact on Communities

Growing the public understanding of Geographical Information Systems (GIS) has been an ongoing initiative around the world over the past 23 years. November 16th has been designated as GIS Day, intended to celebrate GIS and to educate our communities about the impact it has on our world and in our everyday lives. Today, ISG celebrates and reflects how GIS technology has developed and expanded, and how it can help our clients and the communities we serve.

The workplace as we know it is in a state of transition. With the greater acceptance of working from home and the need to support proactive team engagement, ISG has seen this redefinition of the workplace and its purpose within an organization evolving rapidly over the last few years.