From Flintstones to Tomorrow’s Generation

Shifting patterns in transportation are changing the way forward-thinking city planners are approaching improvement and redevelopment projects in their communities, with new focus centered around providing dynamic and safe alternative transportation opportunities. While the Flintstones were clearly archaic in their methods, they had it right when it came to active transportation and hitting their feet on the street. The purpose of a multi-modal transportation plan is to provide safe and efficient movement of people and goods through a community while maximizing existing transportation networks efficiency. To do so, many elements must be considered, from bicycle and pedestrian planning, ADA compliance, creating and preserving urban forests/greenways, and transit corridors to local business accessibility, parking, and urban design. Nevertheless, these highly complex systems are meant to serve equally dynamic demographics of residents, making user group input critical to each multi-modal plan’s success.

According to a recent study by the American Public Transportation Association, 70% of millennials use multi-modal transportation systems in their everyday life, and that percentage is expected to increase in upcoming years. 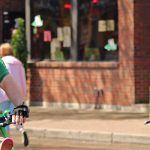 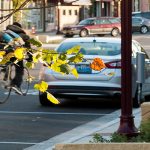 By integrating goals of multiple user groups into a cohesive plan, project teams can define what success looks like for all invested stakeholders – from the cycling club to the local coffee shop. Engaging the community in a participatory and targeted outreach process also serves to build momentum and consensus amongst elected officials, advocates, and the general public, thereby ensuring projects and programs move beyond their initial planning phases – not to mention, laying the foundation for lasting partnerships supporting future projects.

Because of the complexity of transportation systems, enhancing multi-modal access requires more than merely installing a few bike paths. Transportation systems are most successful when planners and designers evaluate each city and its districts (depending on the community’s size) in its entirety to better understand the multi-modal network as a comprehensive system.  If an entire district is in need of improvements, identifying and prioritizing pulse nodes (business, shopping, and entertainment zones) within each of the city’s districts is the best strategy for long-term success. This allows the City to make strategic improvements, such as enhancing multi-modal access and circulation, while also identifying place-making principles that reinforce collective visions for the image and character of every unique community. After pulse nodes have been developed at locations that have the most impact and benefit to users, the remaining gaps or connections can be constructed to complete the network. Often necessary for large-scale projects, this phased approach helps ensure a realistic and feasible implementation plan for communities that results in real, meaningful improvements.